Black rhino habitat use, home ranges, and spatial distribution in the Kalahari ecosystem

In Africa, one of the majestic Big 5 is facing extinction due to the high pressure of illegal poaching and habitat loss. Listed as ‘critically endangered, the iconic black rhinoceros plays several

In Africa, one of the majestic Big 5 is facing extinction due to the high pressure of illegal poaching and habitat loss. Listed as ‘critically endangered, the iconic black rhinoceros plays several fundamental roles in the functioning of its ecosystem (IUCN, 2020). Consequently, the absence of this megaherbivore can lead to the weakening of a whole system. Namibia is one of many African countries which are currently fighting back the loss of biodiversity through intensifying biological population management, together with improved security, local commitment, and enhanced law enforcement. Nowadays, the conservation of black rhinos and their natural habitat receives high international attention and recent surveys show that black rhino population numbers are slowly increasing. Between 2012 and 2018 black rhino populations have grown across Africa at an annual rate of 2.5%, from 4,845 to 5,630 individuals (IUCN, 2020). 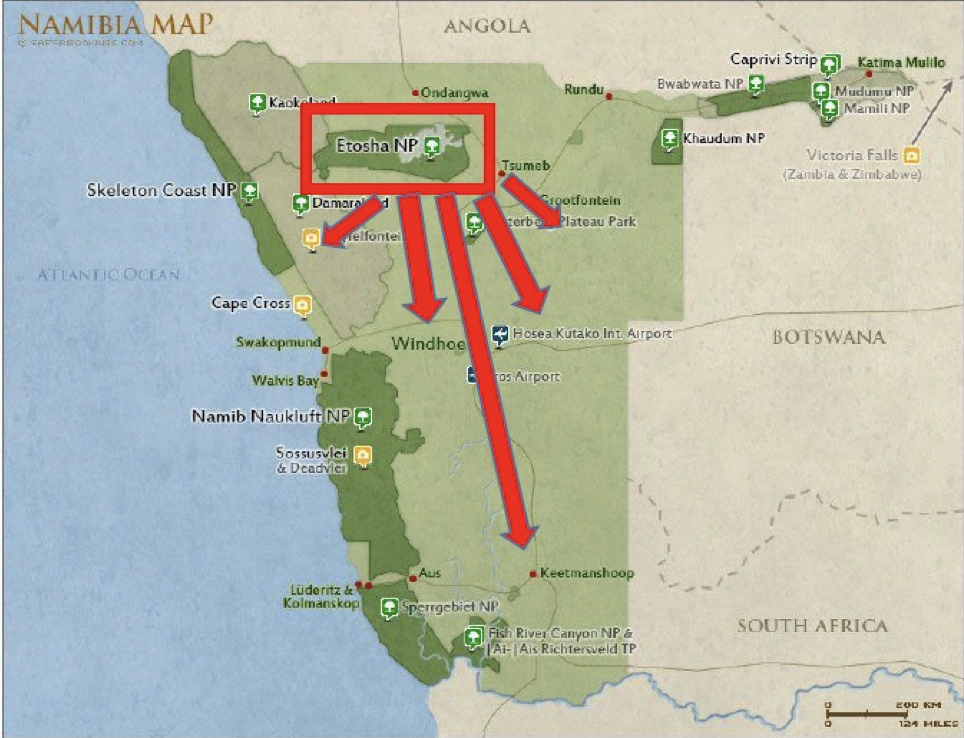 Figure 1: Example of the BRCP

One of the rhino conservation success stories is Namibia’s ‘Black Rhino Custodianship Programme (BRCP)’, which incarnates all positive aspects of efficient biological management. The concept of the ‘Black Rhino Custodianship Programme’ is the decentralization of the main rhinoceros population from the famous Etosha National Park by relocating free-ranging populations to suitable habitats on farmland and communal conservancies. After relocating, all black rhinos in Namibia remain state property but landholders will be responsible for providing basic care and security to them. In return, the custodians are allowed to co-manage the economic use of the rhinos, mostly in form of photographic tourism (Kötting, 2020). 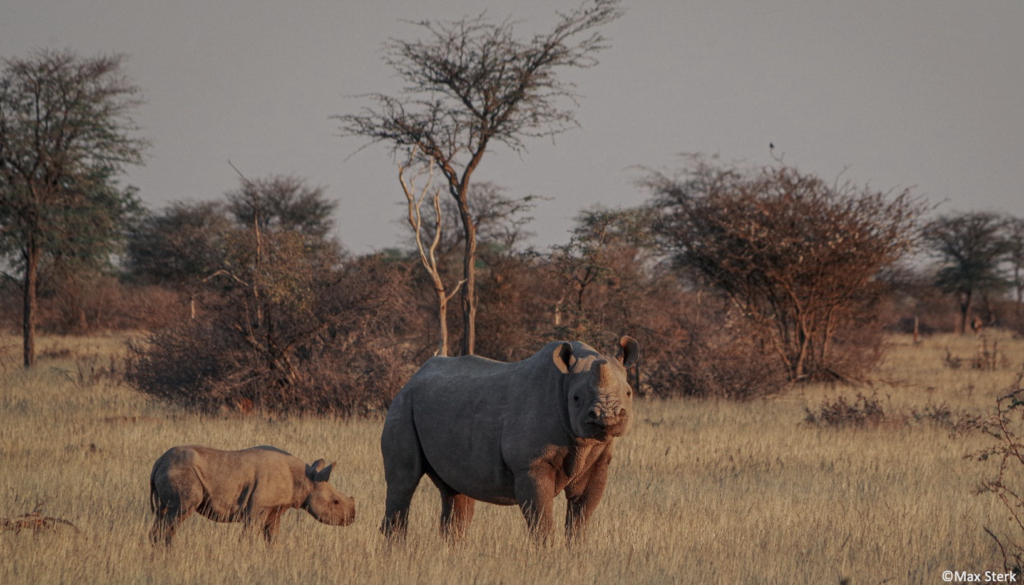 Kuzikus Wildlife Reserve, situated in central-eastern Namibia, in the Western part of the Kalahari Desert, is one of 35 land units that are part of the ‘Black Rhino Custodianship Programme’. Through its extensive wildlife and reserve management, 20 black rhino calves have been born in the reserve since becoming part of the custodianship program in 1997. Thus, they help to boost Namibia’s overall population by transferring individuals to other areas. However, in recent years the program hasn’t been able to extend the range of black rhinoceros to further custodianship areas.

This research project aims to help find suitable areas for black rhinoceros in Namibia. In a previous study, I already estimated the black rhino carrying capacity of this area, which gives a good overview of how habitat and food resources limit population growth. To improve black rhino management strategies and to maintain viable black rhino populations, it is important to emphasize the role of its habitat by quantifying the impacts that rhinos have on it and vice versa. Therefore, the following questions are being addressed: 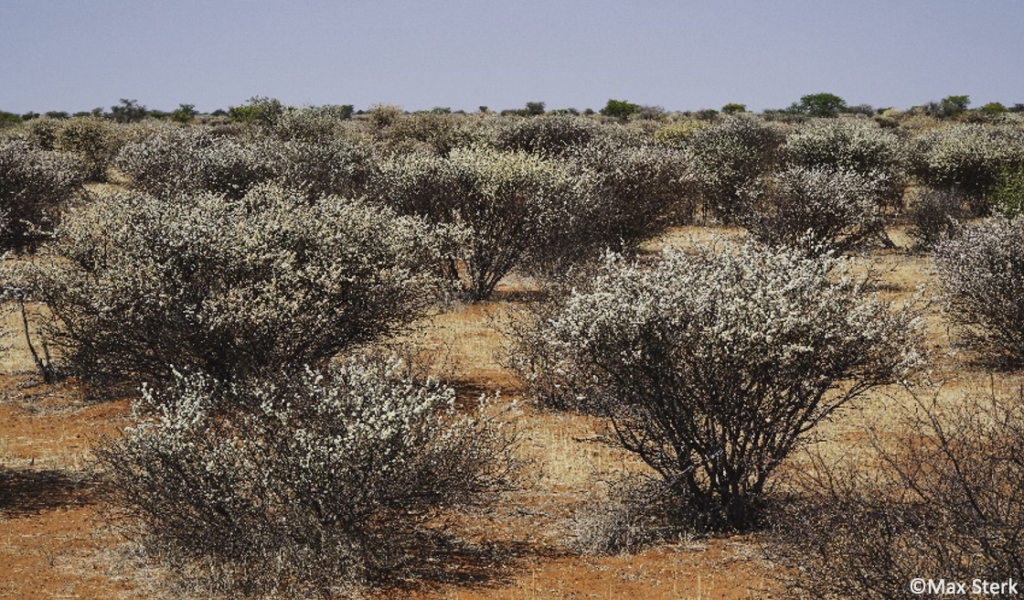 An aerial image database containing detailed drone images has been built recently, which is being used by Wild Intelligence Lab to develop a software to quantify and digitize the entire Kuzikus Wildlife Reserve. This will help in e.g. mapping vegetation densities throughout the reserve and other important factors like vegetation diversity, which can be overlayed with the distribution of black rhinos. The spatially differentiated habitat parameters will be then evaluated regarding their importance for black rhino habitat selection and the key factors identified. Afterward, a catalog of habitat use criteria will be derived from this. 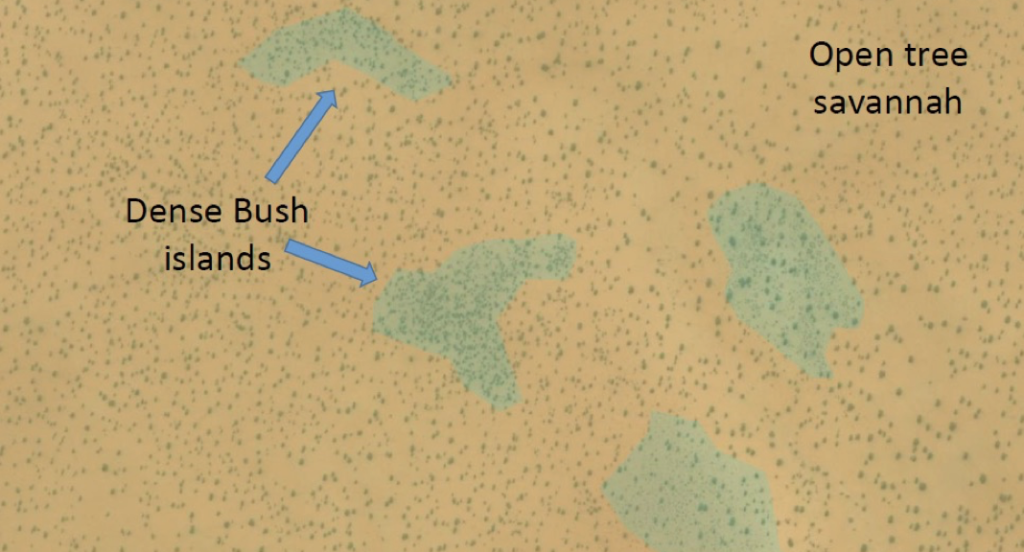 This catalog of habitat use criteria will be translated into a WIL’s GIS-based application, using state-of-the-art computer vision algorithms. Rigorously collected biotic and abiotic parameters from Kuzikus will be digitized and multiple layers of relevance for black rhino habitat use created. By setting these as a reference, the data can be used as a supplementary tool to identify and model suitable new rhino custodianship areas throughout the Kalahari and Namibia.

In the first place, these results can help Kuzikus to effectively manage a balanced black rhino population. Hereby, detailed habitat use maps can provide a basis for making decisions on which individuals can be kept on the reserve and which should be translocated to another conservation area to maximize the overall reproduction rate. In the meantime, it helps to direct and intensify anti-poaching measures by knowing home ranges and preferred locations of the individuals. In the second place, the data from Kuzikus can be used to anticipate impacts on vegetation, to protect or even restore specific areas of the game reserve accordingly, as well as to adapt other game numbers to the pressure of vegetation browse. 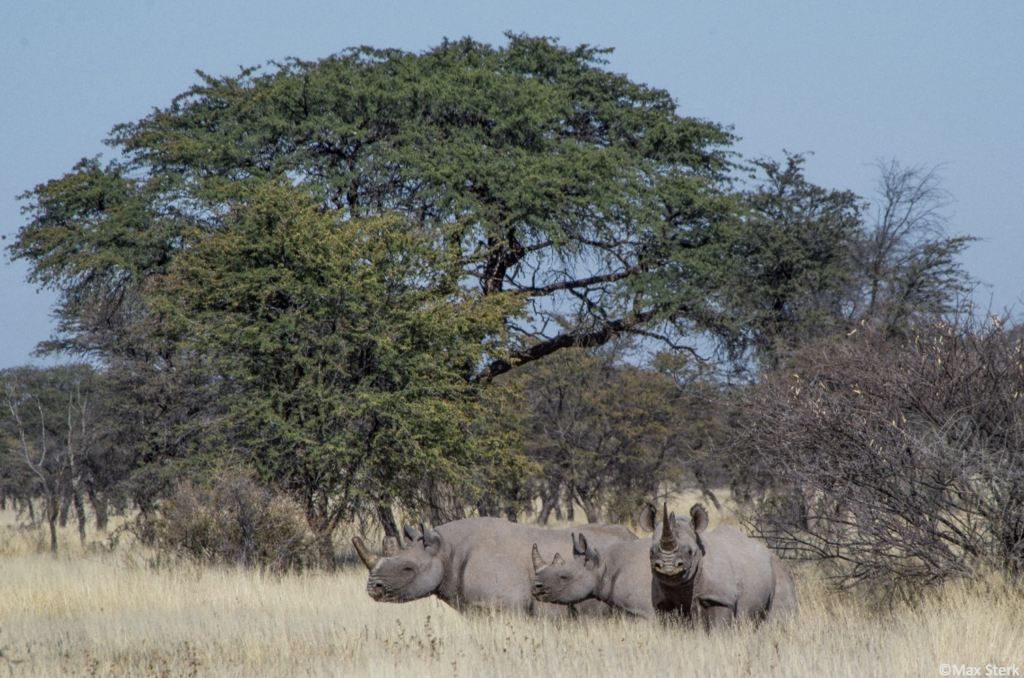 Lastly, mapping new eligible custodianship areas via drones and satellite images, analyzing local parameters via the WIL software tool, overlapping and comparing them with the database from Kuzikus, wildlife managers from the ‘Black Rhino Custodianship Programme’ can give preliminary prognoses on the suitability of potential rhino habitat and on different major parameters which add to the decision-making process. In detail, one will be able to detect new key rhino habitats, predict the occurrence and distribution of expected home ranges and estimate the potential carrying capacity. These findings could be a much-needed key for a modern, technical-based approach in the field of rhino conservation, which not only closes the gap in the search for new protected areas as part of the “Black Rhino Custodianship Program”, but can also be applied to other species and habitats. The more endangered species can find a safe place again in Namibia, the more people can also benefit from it. 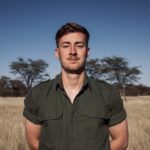 Development of a digital habitat suitability analysis for black rhinos​

Want to learn more about Max’s research project on the black rhino? Then check out his presentation about the digital habitat suitability analysis using our software. 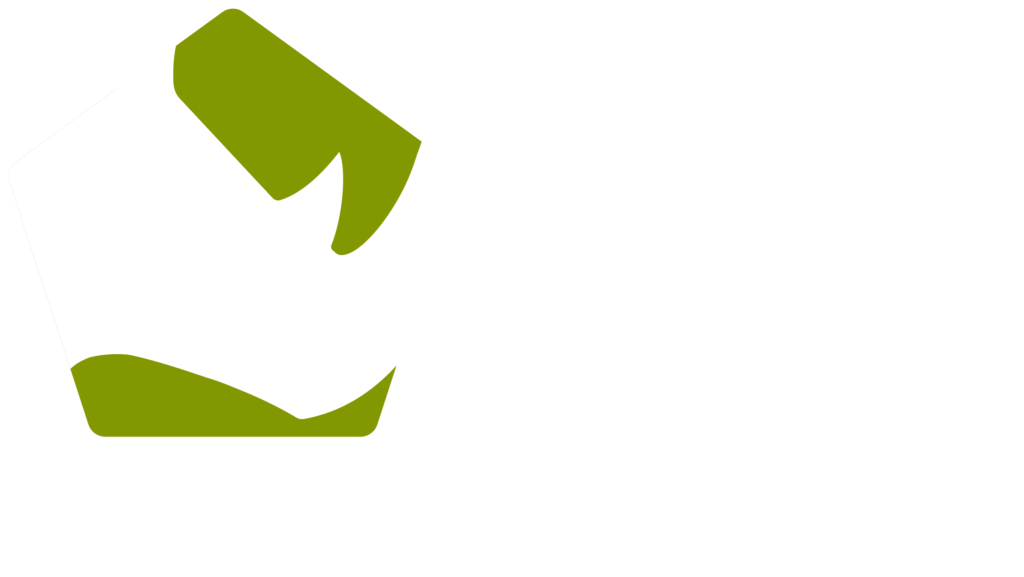